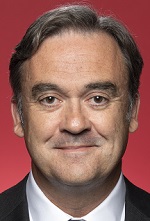 Senator McLACHLAN (South Australia) (14:05): My question is to the Minister for Employment, Skills, Small and Family Business, Senator Cash. Can the minister please update the Senate on how the Morrison government’s skills reform agenda has strengthened our vocational education system for the road to economic recovery? 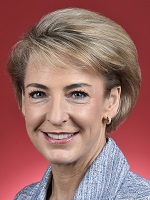 Senator CASH (Western Australia—Minister for Employment, Skills, Small and Family Business) (14:05): I thank Senator McLachlan for the question. As Australia and Australians recover from the devastation of COVID-19, supporting a skilled workforce has never been more important. In addition to the support of the JobKeeper payment, which, as we know, is seeing around 3.5 million Australians maintain that so-important connection with their employer, the Morrison government will invest a record $6.5 billion in skills, not only to keep apprentices and trainees on the job but also to ensure that Australians have the skills they need to move into employment.

The $1 billion JobTrainer investment by the government, matched by the states and territories, builds on the substantial skills reform agenda that we have been implementing since 2018. We have established the National Skills Commission to improve labour market forecasting and skills needs assessments which will inform the work of the JobTrainer fund.

Senator McLACHLAN (South Australia) (14:07): In addition to this record investment and training, what steps has the government taken to repair the reputation of our vocational education system since coming to government and why is this essential to support a skilled workforce to drive our economic recovery?

Senator CASH (Western Australia—Minister for Employment, Skills, Small and Family Business) (14:08): The former Labor government, as we know, were the architects of the greatest damage ever on the vocational education and training sector in Australia. They implemented, in Labor policy wisdom, the failed VET FEE-HELP scheme. What did that scheme do? It saw billions of dollars defrauded from vulnerable students, who were simply trying to attain a qualification to better their employment prospects. Colleagues, to date, the Australian taxpayer has now recredited in excess of $2 billion because of Labor’s VET FEE-HELP failure. In fact, in South Australia, around 8,500 students to date—because there will be more—have had their funds recredited. Senator Watt, 38,000 students in Queensland have had to be recredited because of Labor’s failed VET FEE-HELP policy.

Senator McLACHLAN (South Australia) (14:09): How is the government building on this achievement to ensure quality remains at the centre of our skills and training system as we emerge from the economic impacts of COVID-19?

Senator CASH(Western Australia—Minister for Employment, Skills, Small and Family Business) (14:09): As Senator Wong is saying so eloquently across the chamber: ‘Seven years in government and you’re still talking about what Labor did.’ You see, Senator Wong, when you wreak devastation on Australia’s vocational education and training sector, when you actually decimate its reputation, it does take years to rebuild. We have now re-credited in excess of $2 billion because of Labor’s failed scheme. There were 8½ thousand students in South Australia who had to have their money re-credited because of your failed scheme.

What else have the Morrison government done to ensure that we restore the integrity to Labor’s failed system? As you know, skills is a priority for the government and, as such, we’ve taken action to bolster the regulator, the Australian Skills and Quality Authority, to ensure that quality training is now being delivered by private providers. That is what we are doing.

You can watch my questions to Senator Cash here.