A war of words has erupted after the Victorian Premier sledged South Australia’s decision to re-open borders to visitors from Western Australia, the Northern Territory and Tasmania.

“I don’t want to be offensive to South Australians, but why would you want to go there?”

My response to comments made this morning by Victorian Premier Daniel Andrews: 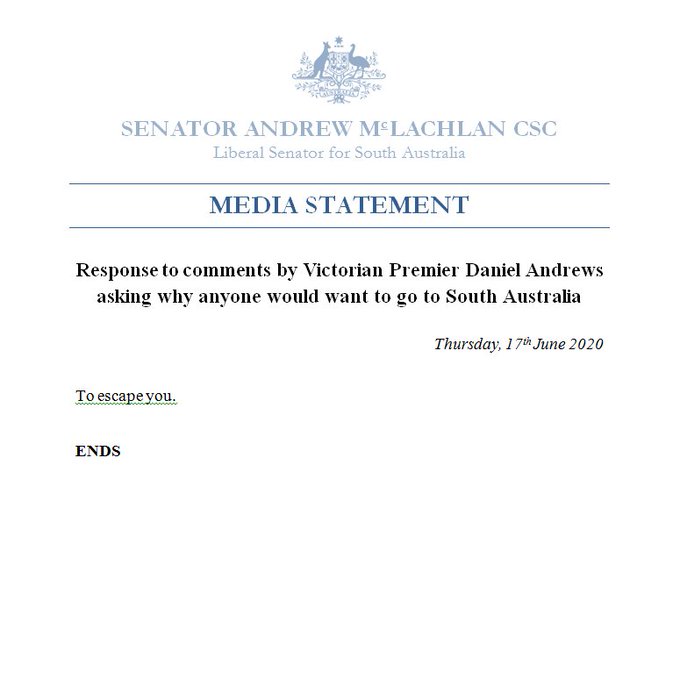 Senator McLachlan told Mark Levy Premier Andrews should focus on his own state.

“I suggest Premier Andrews focuses on cleaning up his own backyard before he starts throwing stones at my beautiful state,” he said.

“We are virtually virus free, we are a standout on the mainland, along with NT and WA.”

Listen to the interview here: https://www.2gb.com/senators-one-line-response-for-daniel-andrews-over-travel-exclusion/