Senator McLACHLAN (South Australia) (16:12): I rise to speak against the motion moved by Senator Siewert. The motion asks the Senate to note a bill that they’ve introduced, and also lays out a series of alternative spending priorities that it seeks the government to adopt. In my view, there is a part of this motion which is missing, and that’s a congratulations—or at least, an acknowledgement—of the stewardship of the Australian economy by the coalition government. If it hadn’t been so wise and diligent we wouldn’t have had the money, or the funds or the community wealth for all of us here—and, in particular, the Greens—to muse over how to spend it.

It’s worth reflecting on the unique circumstances that the coalition government has found itself in. It had to make very difficult decisions in a compressed time frame in a period of great uncertainty. I’ll take this opportunity to commend the Prime Minister and his cabinet on their outstanding efforts—efforts which have been able to manoeuvre our economy into an excellent place from which it can recover and thrive. I also remind honourable senators that we still live in very uncertain times. We risk another wave of infection and associated greater economic costs—especially so with the potential for widespread infections following the protests, which, I add, the Greens support. It seems a little incongruent to me to support large-scale public gatherings at the same time as contemplating in this place how to spend the money paid for by hardworking Australians, who are at risk of a further wave of infection.

All the coalition’s decisions have been grounded on its values. We want Australians to live happy, healthy and fulfilling lives, to have an opportunity for personal growth and to fulfil their aspirations. To achieve this, Australians need to have employment opportunities. Employment opportunities derive only from a strong economy. What we do agree with the Greens on is that we do not want to leave any Australian behind. We want to make sure that every Australian has an abundance of pathways to a happy life.

This motion also does not address the role of the states and territories in delivering assistance to their citizens. Each state and territory has an equal obligation in respect of their own community. We must be mindful of the burden we leave for future generations. They need to be considered in this debate. And we need the Greens to tell us what burden our youth will carry if these measures are implemented and parliament passes the bill. What the motion also does not address is who misses out if these suggestions are implemented. This is a luxury of parties not in government. In government you have to take into account all Australians and make difficult decisions that balance competing interests and objectives. What services will be cut to pay for these initiatives? Future generations and our youth will want to know. We cannot go on and restore our economic fortunes as though we were the god of wealth, Plutus, who was blinded by Zeus. We can see. We have the ability to make judgements. As a coalition we’ve made considered decisions for the benefit of all Australians.

As I indicated, the Greens motion goes through a number of spending priorities, and I’d like to point out to honourable senators that the coalition government has provided $259 billion, which equates to 13.3. per cent of GDP, to support Australian workers, households and businesses. It’s important to note that the government has nearly doubled jobseeker for those who are not eligible for JobKeeper. In relation to those who are receiving social security payments, as of 6 May over $5.1 billion has been paid to more than 6.8 million Australians. From 30 July a further economic support payment of $750 will be paid to approximately five million Australians, including 3.4 million pensioners, 800,000 family tax benefit recipients, 170,000 carer allowance recipients, 230,000 recipients of veteran payments and Gold Card holders, and 375,000 Commonwealth Senior Health Card holders.

The honourable senator who moved the motion made particular reference to those on temporary visas. The Australian government is prioritising Australians and permanent residents—and rightly so. The JobKeeper program is designed to maintain links between employees and employers. This program is designed to keep Australians in jobs for the long term. The Australian government welcomes temporary visas and has, in addition, made a number of changes to help them, including access to their Australian superannuation and more-flexible visa conditions. Welfare assistance may also be available to other temporary visa holders if they face significant financial hardship. Supplementary benefits, such as rent assistance, may also be paid. The government has announced $200 million to expand community services to support vulnerable people, which includes assistance for paying bills and buying other essentials, such as food, clothing and petrol.

I now wish to come to higher education, which is referred to in the motion that’s being moved. The government has committed to providing universities with $18 billion this year. The government is also guaranteeing the Commonwealth Grant Scheme and other funding streams for higher education providers at their current levels for the rest of 2020, and 2020 performance based funding for public universities will also be guaranteed. Universities can be eligible for JobKeeper in the same way that not-for-profits are.

The government has announced a $27 million targeted support package for areas of the cultural and creative sector, which includes $7 million for the Indigenous Visual Arts Industry Support program, $10 million to provide crisis relief to artists, crews, music and live-performance workers and $10 million for artists and arts organisations in regional Australia for the Regional Arts Fund. Other government measures for the arts sector include cash flow support, which is worth more than $23 million. Modelling by the Australia Council estimates the JobKeeper payment will make available in excess of $100 million of additional funding for arts organisations funded under the national partnership agreement or for those that receive four-year funding.

That range of initiatives, which is not comprehensive, indicates the commitment of the coalition government to the welfare of its citizens. When reflecting on responding to the motion moved by Senator Siewert, I recalled a quote from an American senator. He said:

… priorities are reflected in the things we spend money on. Far from being a dry account of bookkeepers, a nation’s budget is full of moral implications; it tells what a society cares about and what it does not care about; it tells what its values are.

And that is what we are really debating here today. The coalition’s values are plain for all to see: create employment opportunities for all Australians by creating the conditions for a vibrant economy to thrive. I oppose the motion. 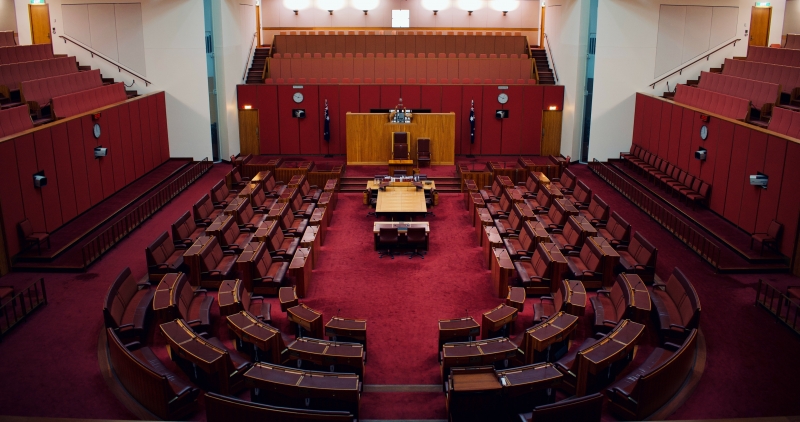