During a recent visit to Kangaroo Island for the Parndana Show earlier this month, Senator for South Australia Andrew McLachlan CSC spent time walking in the footsteps of his ancestors.

Senator McLachlan's connection to Kangaroo Island dates back to 1860 when Donald McArthur took on the job of lighthouse keeper at Cape Willoughby after emigrating to Australia from the west coast of Scotland.

Collin was the great-great grandfather of Senator McLachlan and grew up on Kangaroo Island, assisting his stepfather with his work.

"Collin loved making the most of everything that Kangaroo Island had to offer," Senator McLachlan said.

"I can imagine that for a young boy having travelled so far from Scotland, the environment must have appeared so foreign and exciting."

Today, you can read all about Collin's adventures in the journal of the first lighthouse keeper W.C. Cawthorne, available for viewing at the Cape Willoughby Visitor Centre.

When Collin became a young man, he moved off Kangaroo Island and set up in Port Adelaide where he became master mariner and raised a family of his own.

Both Donald and Catherine however became firmly entrenched as Islanders, where they lived out the rest of their days. They are buried at Hog Bay Cemetery in Penneshaw.

While visiting Kangaroo Island to attend the Parndana Agricultural Show at the weekend, Senator McLachlan visited their grave site and made the trip up to the Cape Willoughby Lighthouse.

"I generally try to pay Catherine and Donald's grave a visit when I'm on Kangaroo Island but this weekend I had the opportunity to spend some time further investigating my family history," he said.

"As I stood by the Cape Willoughby Lighthouse looking out at the Great Australian Bight, I was able to get a sense of the wonderment my great-great-grandfather must have felt in the very same spot as a small boy." 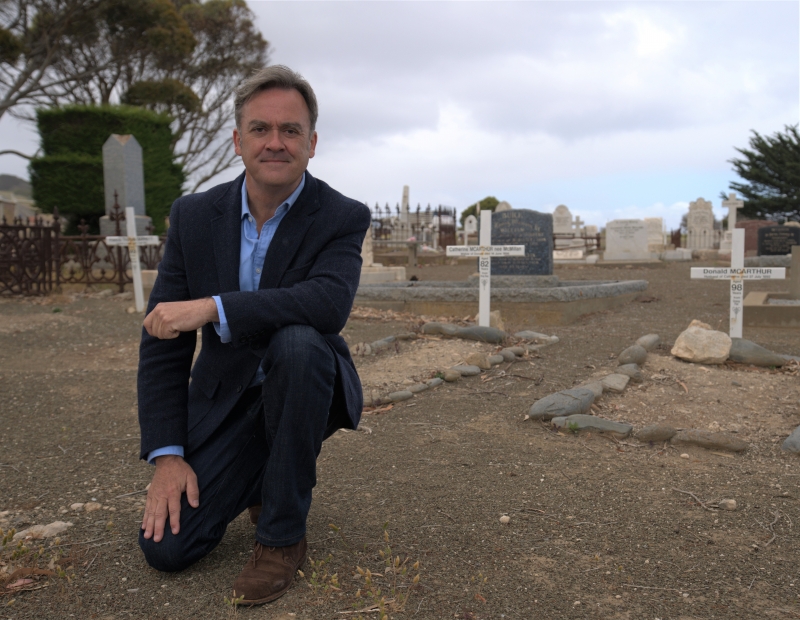