My statement regarding the withdrawal of Australian troops from Afghanistan

This announcement fills me with mixed emotions.

Having spent time at the foot of the Hindu Kush myself, I know that the people of Afghanistan greatly valued our fight for peace in their land.

At the same time, 41 Australians have lost their lives in the conflict and many more were wounded.

As we near Anzac Day, we will reflect on their sacrifice and the unimaginable pain of the families that lost their children in this conflict.

We must rededicate ourselves to look after those that return and still suffer from the scars of their service. 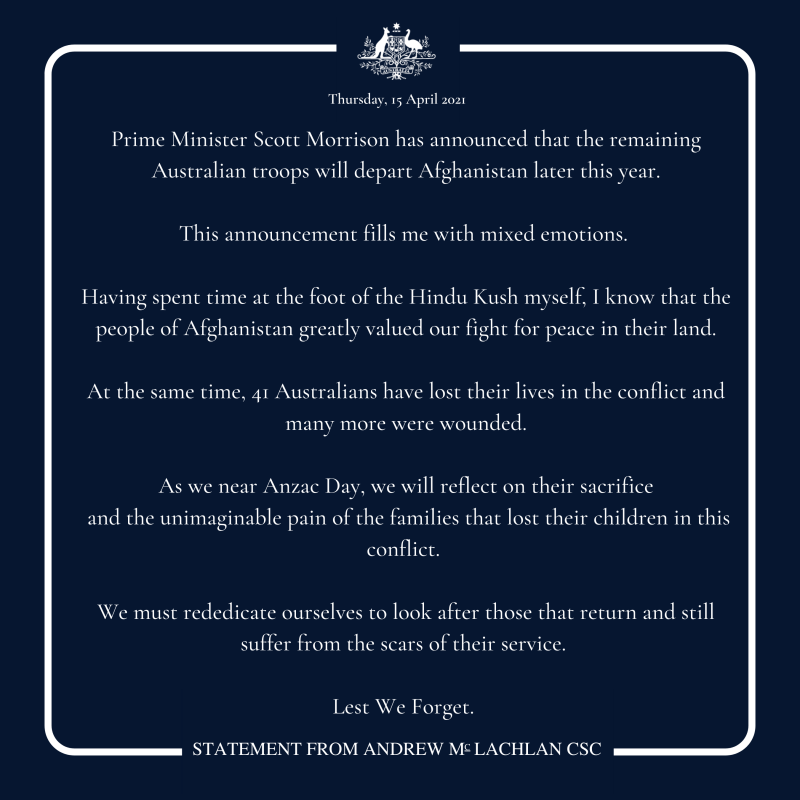